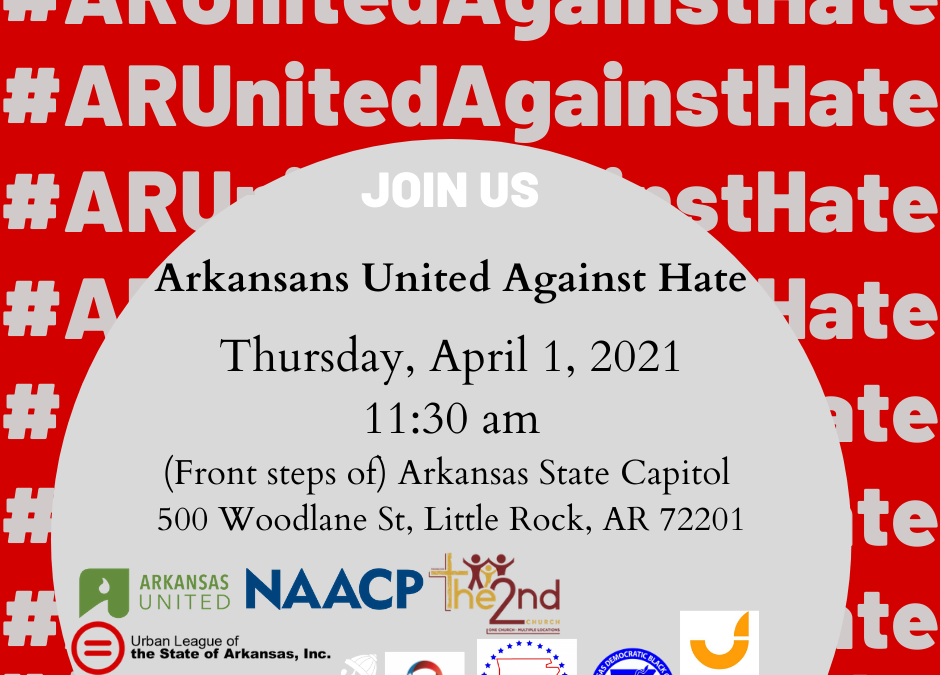 Little Rock, Arkansas, March 30, 2021 — The Urban League of the State of Arkansas (ULSA) alongside its partners in advocacy today announced the formation of a new campaign “AR United Against Hate” which will work toward the passage of hate crime legislation during Arkansas’ 93rd General Assembly.

“The recent hate-based attack in Hot Springs, Arkansas by a Bentonville fire captain is a wake-up call that the time to bring hate crimes legislation to Arkansas is now. Arkansas needs enhanced hate crime legislation that protects all Arkansans, not some.” Said ULSA President, Scott Hamilton

According to the Federal Bureau of Investigation (FBI), one hate crime occurs on average every 90 minutes in the United States. Despite this, Arkansas is one of three remaining states that does not have hate crime legislation.

The Urban League of the State of Arkansas and its partners have long been at the forefront of efforts in Arkansas to deter and counteract hate crimes. Today, thanks in large part to the vocal support from Governor Asa Hutchinson and the commitment of members of the Arkansas General Assembly, Arkansas is one step closer to addressing Hate Crimes in our State and one step closer to making love not hate the reality of our state.

Join Us in Helping to Bring Equity to Arkansas Donate/Join